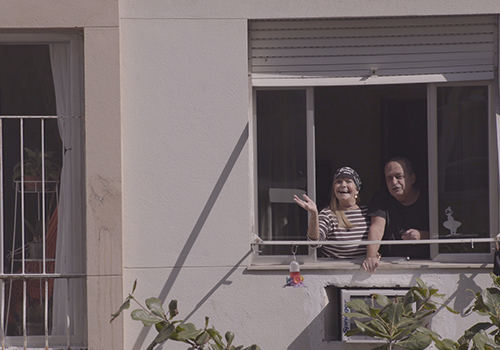 The view from Copacabana

During lockdown in Copacabana, Rio de Janeiro, a woman faces financial problems.
A discussion with the owner of her apartment by the phone comes up. After the call she goes for a cigarette at the window to relax. Something in the view changed her mood.

Maiara Líbano is a brazilian filmmaker from Rio de Janeiro. Started her career working with directors like Eryk Rocha and Paula Gaitán.
For 6 years worked at TV Brasil, brazilian public broadcast company, directing TV shows. Her first film, the documentary feature film I another: an experience in labor justice was launched in 2019.
The documentary is about a project in which judges live the lives of invisible workers for one day. The view from Copacabana is her first short film, and first fiction project.