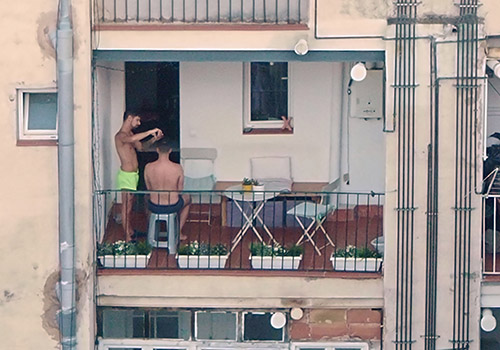 On March 13, 2020, the state of alarm was declared in Spain due to Covid-19. The days pass between WhatsApp messages and news, meanwhile the people go out to the terraces of their houses searching some air.

Manolo Vazquez's first work of fiction was Hanging there, a short film that deals with suicide from a curious perspective, leading him to win the award at the New York International Film Festival for the best international short film. He shoots several video clips and one of them turns him into the short Straydog, released at the Sitges festival. In 2012 he filmed the feature film The Heimlich Maneuver, selected at the Malaga Film Festival 2013. After spending a couple of years traveling through festivals, it premiered in theaters in 2015 with a great reception from specialized critics.