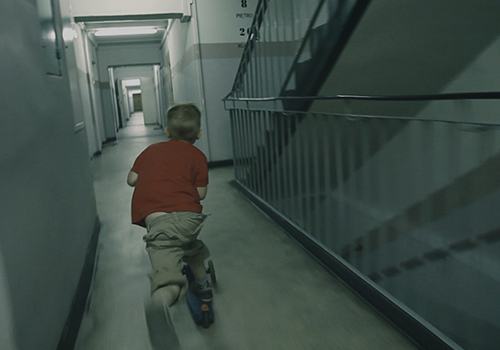 Superjednostka (Polish for Superunit) is a huge block of flats designed as a "housing machine". Up to three thousand people can live on 15 floors of the building. The lifts only stop every three floors so the residents must go through a maze of corridors and stairs in order to get to their flats. The main characters of the documentary are people living in Superjednostka and going through important moments of their lives there. This is where their emotions throb, their expectations engender, and their desires come true... or not.

Teresa Czepiec, director of short films, writer and storyboard artist. Worked as an architect both in Poland and North Ireland. Studied directing at the Krzysztof Kieslowski Faculty of Radio and Television of the University of Silesia in Katowice. Graduated from the DOK PRO Documentary Programme in Wajda School and in visual arts from Le Fresnoy, France. Born in Belgium, works in Poland and France.