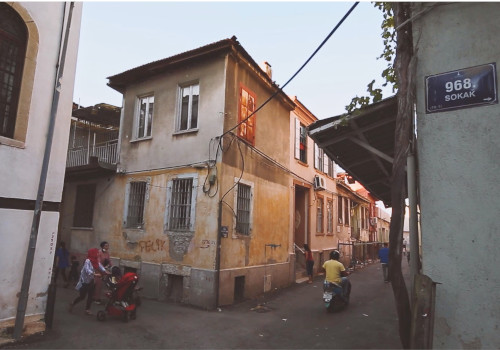 Izmir is a city that has hosted people of many religions and races throughout its history. But it has experienced many disasters throughout its long history. It was particularly shaken by fires. Undoubtedly, the 1922 fire is one of the most damaging of them financially and spiritually. The 1922 fire started in the Basmane District of Izmir and one of the burning sites is the Surp Krikor Lusavoriç Armenian hospital. The grounds of the hospital, which was destroyed in the fire, are empty today and cannot be used. The land is referred to by names such as The Pit Of Shame, The Pit of Basmane, Çukurhattan. This land adjacent to Kültürpark was used as
the Izmir bus station during the Republican period, but the bus station was empty when it was moved. It has settled on the head of the people of Izmir as a land that has been auctioned many times but cannot be put on
stone after stone for all kinds of reasons. The pit of smirna is a documentary of a journey through this land into the memory of the city, the places of memory.