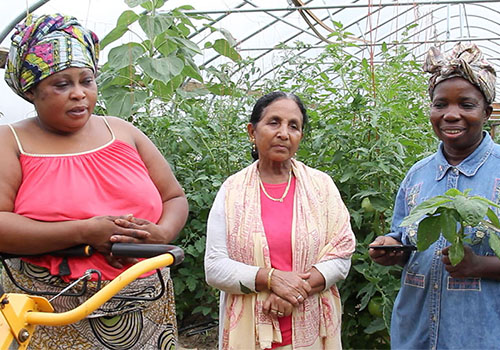 Fresh Start chronicles the lives of a refugee farm community in rural New Hampshire. This collective of refugee and immigrant farmers are participating in the New American Sustainable Agriculture Project. There are over 20 farmer entrepreneurs, representing the Somali-Bantu, Bhutanese, Burundi, and Congolese communities, as well as other ethnic groups. Most members of this small community came to the US with one marketable skill, farming. Fresh Start is the story of these farmers with no farm, examining the new American identity, the value of land and food in a brave new world.

Cigdem Slankard is a filmmaker based in Cleveland, OH. She was born and raised in Turkey and received her BA in translation and interpreting from Bogazici University (Istanbul, Turkey) in 1999. She first came to the United States in 1998 to study film and video at State University of New York in Binghamton. In 2002, she received a Master of Fine Arts in filmmaking from Ohio University. Her creative work dwells on popular culture and identity issues. Recent works include short documentaries, virtual reality cinema and video art pieces.