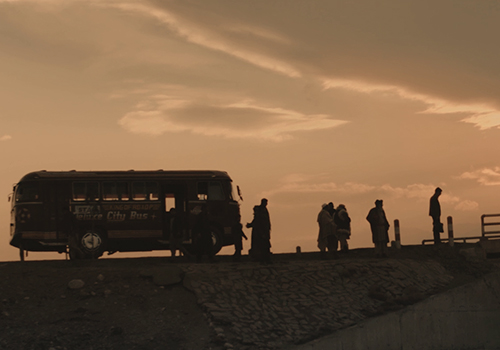 A mini-bus is on a journey across the mountains to Kabul. Each person on the bus has a reason to take this journey. An old man is traveling to give a turkey to his grandchild, as his last wish before dying. However, the main road is blocked by insurgents. They decide to use an alternative road, which is not very secure, and there is still the possibility of getting caught by insurgents.