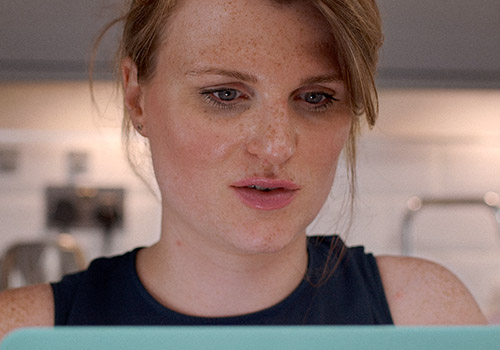 While working from home in isolation, a young woman falls into a daydreaming state reminiscing about the summer.

Galina Chakarova is a London based filmmaker. She studied film at the Royal Conservatoire of Scotland, where she developed her love for cinema. Her very first 7 second short Situation Noir won a national contest and was screened at the BFI London Film Festival. Galina honed her story telling skills working as an assistant editor on critically acclaimed drama series such as Patrick Melrose, Master of None and The Crown. She uses her editorial skills and applies the same passion and precision to visual story telling in her directing work, where she likes to explore human behaviour. She is part of the BFI Network x BAFTA Crew 2021.